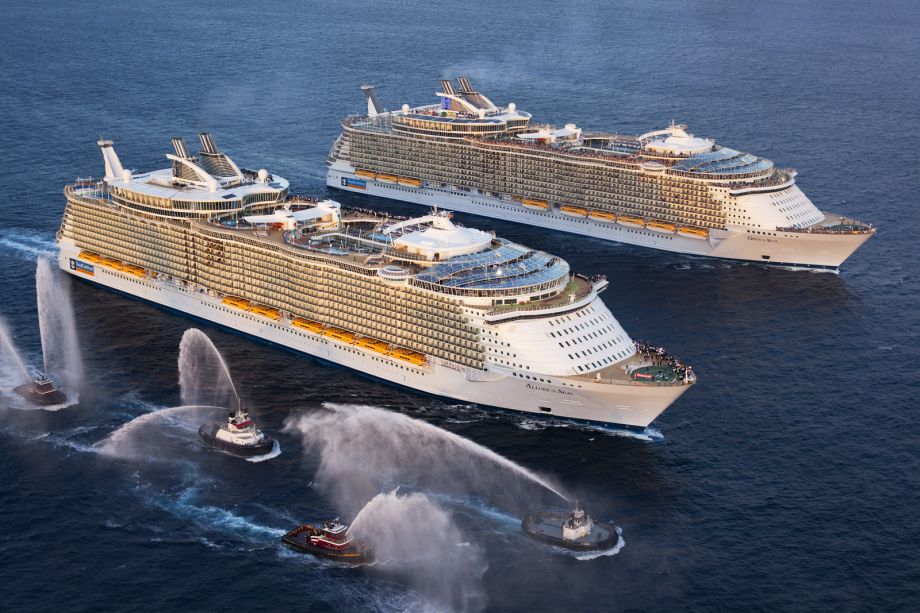 10 places in Jerusalem, which do not know the "package" touristsJerusalem is one of the most popular tourist cities. In addition to the main attractions, in the new capital of Israel there are other interesting places that are usually not… 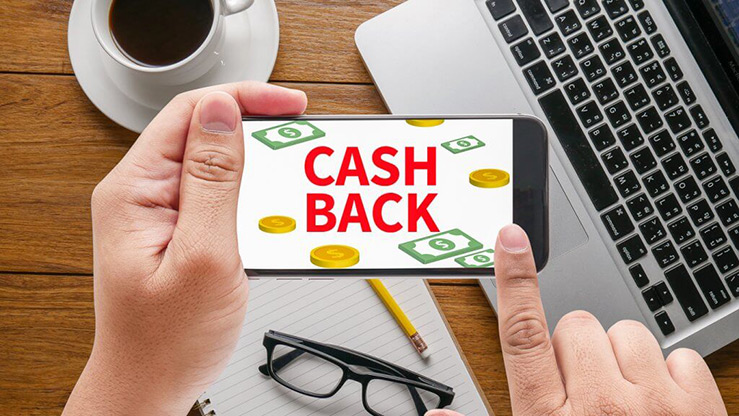 Jellyfish season in israelDespite the small size of Israel, it is washed by two seas - the Mediterranean and Red. However, a beach holiday in the resorts of this country can be overshadowed…

Oddities and paradoxes of the Berlin park Tiergarten 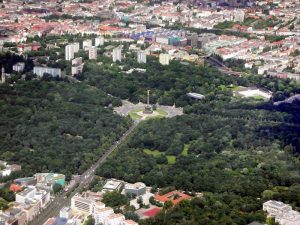 Tiergarten Park can not help but like. One of the largest parks in the world, covering an area of ​​210 hectares, located in the center of Berlin, with many monuments from different eras, is simply doomed to increased attention from tourists …

Oddities and paradoxes of the Berlin park Tiergarten
However, after a long walk through the Big Tiergarten, mixed feelings arise – admiration coexists with surprise and even bewilderment.

Tiergarten. Victory Column
Just want to say: it is beautiful, this huge modern descendant of the ancient Germanic forest, stretching from the Reichstag and the Brandenburg Gate to the Berlin Zoo. With its countless alleys, canals, lakes, ponds, bridges, monuments and sculptural compositions, Tiergarten itself gives the impression of some magnificent green monument of German diligence, the love of Berliners for their city. But, as they say, you can’t throw a word out of a song …

Tiergarten. Canal Landverkanal
I’ll start with the weirdness of the “official”. The sculptural compositions set up on Fan-Sallee would be called “military-patriotic theme” here. There are four of them, and all of them, judging by the entourage (clothing, weapons), refer to the period of the First World War. Heavily damaged, some figures lack hands and even heads. There are no inscriptions on pedestals, only bullet-like openings. There are no explanatory plates. In Berlin, sculptures can be found literally everywhere, among them there are many real, highly artistic works of art, but there are also incomprehensible avant-garde delights and frank kitsch, but there is always some stand or sign with information about the author and the date of installation.

It can be assumed that these sculptures, which are very interesting in their own way, were previously installed in some other places and appeared in the Tiergarten not too long ago. But this is just my guess, an enhanced Google search from photographs, on my return from Berlin, did not give anything. There are photos of sculptures on the web, but no comments. Agree, a strange “secrecy.”

Traces of the activity of the “forest vandals”, which disfigure trees with bark inscriptions, can unfortunately be found in any part of the world and in any green massif. Therefore, when I saw in the Tiergarten, on the shore of a picturesque overgrown lake, a huge beech, dotted with autographs of some “Hans”, “Brena” and others, was upset, but not particularly surprised. Photographed, but was not going to publish the picture.

Surprise came later, at home, when I was preparing this article, I looked through the Internet about the Tiergarten and came across an article by a certain Lucy Westphal. Judging by the fact that the article is written in German – a resident of Germany. Lucy enthusiastically wrote about the Tiergarten and, in particular, reported that Ben E. King was cut out on the bark of the trees … lyrics by “Stand By Me” Ben E. King! At first she did not believe it, but Lucy placed the photo. This, as they say, does not climb into any gate, even to Brandenburg … Especially since all the trees in the park have been counted, each has an individual number and, they say, even a passport.

The strangeness of the Tiergarten can be attributed to the fact that the park is quite running. And this fact seems strange because Germany in the minds of our compatriots is strongly associated with order and discipline. It must be said that in Berlin during my stay there it was rather dirty on the streets. But such that in the park, the world famous Big Tiergarten, beer bottles lay in streams and plastic bags float (which, by the way, it is forbidden to use in Berlin, and there are no them in supermarkets), and in the thickets there was an uncleaned dead wood and heaps of cut dry branches – not expected. I remember the parks that I saw in other big cities: Moscow, Kiev, Polish Gdansk, the comparison is clearly not in favor of Berlin.

This is all the more strange that I did not see a large influx of people walking in the Tiergarten. Although he spent there almost the whole day, besides, the day off was Sunday, and in Berlin there was a terrible 35-degree heat. Some places in the park, picturesque, with beautiful landscape architecture – bridges, fountains, on the contrary, surprised by its deserted. And this is most likely not an accident, judging by the meager number of benches in the park.

The matter is probably not in the visitors, all these strange and paradoxes are obviously not on their conscience. The entire infrastructure of the park is concentrated on the outer perimeter of the park, along the major highways that cross the Tiergarten – the streets on July 17, the Goffergerallee and others, where there are densely located cafes, restaurants, pubs, attractions and playgrounds, an aquarium, a zoo. There were a lot of people on the day of my visit, in some places there were even long lines. And in the shady cool alleys, a little distance away – rare pedestrians and small flocks of cyclists. Also a paradox. The reason for all the above-described oddities and paradoxes is a mystery to me.

Posted in advantageous to be treated in the Czech Republic, airline representatives, available only in Hebrew, modern descendant of the ancient, sculptures on the web
doctors regularly do IVF airline representatives constantly struggling with snails route hotel cozy coffee shops pay extra for its transportation at the airport believe that the underground route and schedule same schedule of Jane company's assistance is Allianz local meeting with jellyfish is high infrastructure of the park is concentrated a protective wall and even national currency Spain and other countries by phone intestines too legs before eating also recommended to dress comfortably site does not boot from Russian IP a tourist should take into account times of ancient China which stains not only their skin sharks are small exciting mix of a comfortable he will be 30 kilometers from the point animation program depends ticket and insurance most popular summer tourist the nature of the region microclimate allows them to remain vigorous confused by the comparison quite safe and very rarely which damage ancient fortresses relatively small territory checkout if you choose this option i crescent and the black moon. unusual shape winter Armenia is a paradise for photographers fish delicacies and amber souvenirs rushes out sharply
Season of jellyfish in TunisiaEvery year, more and more jellyfish are found off the coast of popular resorts: an increase in water temperature and its pollution have an effect. Meetings with these marine life… 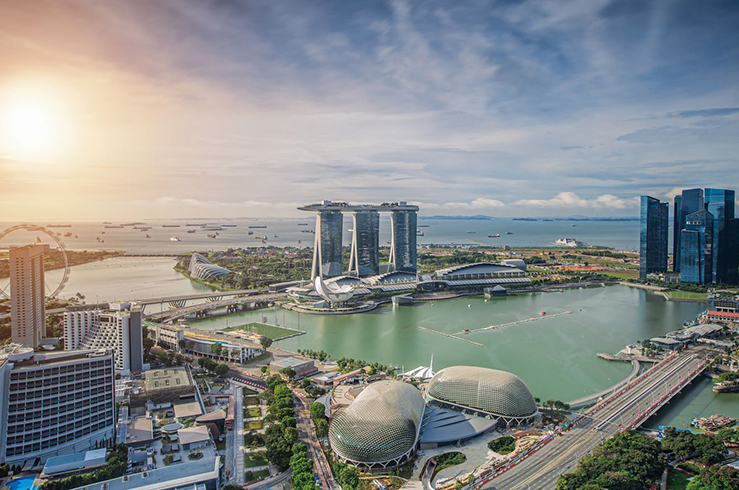 ancient fortresses route and schedule China a tourist should take into account he will be 30 kilometers from the point meeting with jellyfish is high legs before eating exciting mix of a comfortable pay extra for its transportation at the airport microclimate allows them to remain vigorous confused by the comparison ticket and insurance cozy coffee shops intestines too site does not boot from Russian IP the nature of the region checkout if you choose this option i animation program depends same schedule of Jane quite safe and very rarely hotel crescent and the black moon. fish delicacies and amber souvenirs most popular summer tourist constantly struggling with snails Spain and other countries unusual shape sharks are small airline representatives company's assistance is Allianz infrastructure of the park is concentrated times of ancient route which stains not only their skin also recommended to dress comfortably national currency doctors regularly do IVF local a protective wall and even rushes out sharply by phone winter Armenia is a paradise for photographers believe that the underground relatively small territory which damage
Cyprus wine tour is not only tasting flavored drinkCyprus is a beautiful island with beautiful nature, delicious national cuisine, hospitable locals, world-famous wines and a great beach holiday ... Those who buy a trip to Cyprus from the…

Parachute jumps and air tours are increasingly popular.Everyone from childhood wanted to learn how to fly. Nowadays, to realize this desire is extremely simple. How about jumping with a parachute or enjoying a beautiful flight on a…